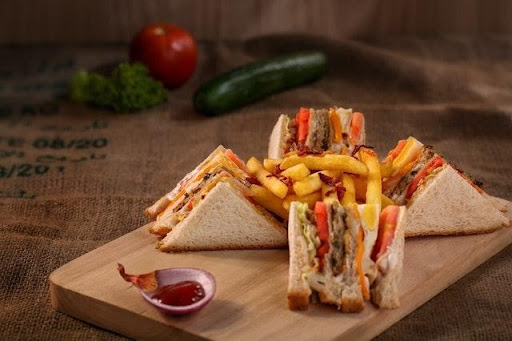 What’s in a Club sandwich?

The main ingredients of this sandwich mostly stay the same: toasted bread, lettuce, tomato, sliced turkey or chicken, bacon, and mayonnaise. With that said, every restaurant in Fort Lauderdale or anywhere else also has its own style. Now, does the combination of ingredients sound familiar? That’s because this sandwich is almost like the equally beloved BLT which only consists of Bacon, Lettuce, and Tomato, although the Club was invented earlier than its simpler version. The Club often has three slices of toasted bread, but the middle layer can be removed to make it easier to eat.

Where did it come from?

The origin of this sandwich is often associated with hotels around the world, but nothing has been made certain. However, it is speculated that, like the BLT, the letters of its name reveal what’s in it. Apparently, Club could be considered an acronym that means “chicken and lettuce under bacon”. While that sounds about right, the origin of its name is still up for debate now.

Another origin story states that this sandwich was invented in Saratoga Springs, New York in 1894 at an exclusive gambling house. It was called the Saratoga Club House and this story is backed up by the alternate name for the sandwich: clubhouse sandwich.

Other sources also say that it was Fraser Scrutton who created this sandwich at the Union Club of New York City. The club had an early recipe referring to a Union Club sandwich which included two pieces of toasted Graham bread, with a layer of chicken or turkey and ham in between, served warm.

In 1903, one of the oldest recipes for this sandwich was published in a book written by Isabel Gordon Curtis titled Good Housekeeping Everyday Cook Book. The next year, it was popularized in the 1904 Worlds Fair in St. Louis according to Pamela J. Vaccaro’s book Beyond The Ice Cream Cone. Many more references about the origin of the Club sandwich were made by other authors throughout the years and this contributes to why its origin is still up for debate.

What we can be sure of is that this sandwich existed in the US by the late 19th century. In fact, it was the favorite of former King Edward VIII of England as well as Wallis Simpson, his wife. She also took great pride in preparing this sandwich. Nevertheless, it is a must that the sandwich is served in triangular shapes regardless of wherever it came from because, well, it just tastes better that way and makes it easier to eat.

Now that you know all about it, why not try our own version of the Club sandwich at Tower Deli? We are a restaurant that also offers catering in Fort Lauderdale for all types of events. Visit our restaurant today or hire us for catering if you are looking for hearty, wholesome food for you and your guests.