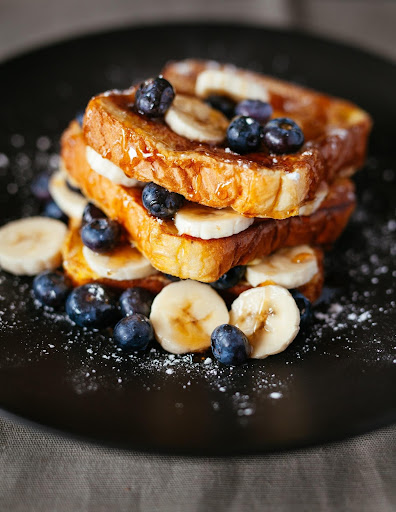 Restaurants in Fort Lauderdale and all over the United States most likely have French toast included in their menus. Why is that? French toast is a breakfast dish that is loved by many people. Because it’s so popular, it is one of the most commonly known dishes all over the world. While some countries may have their own versions, it is still predominantly known as French toast, especially in English-speaking countries. But why is it called French toast? And Is it really French?

The origins of French toast, both its name and the dish itself, are unclear. However, experts agree the recipe dates back to ancient Rome. Even so, one can see that its recipe has many versions all over the world. Because of this, we cannot really be certain about where it came from. While this dish may now be commonplace in restaurants in For Lauderdale, there are also a lot of rich historical accounts surrounding the dish.

One of the earliest known references made to French toast can be found in the Apicius. This is a collection of recipes that dates back to the Roman Empire and is attributed to a real-life 2nd century Roman noble. The tome described a recipe that involves slicing white bread and removing its crust. After that, the slices are broken into large pieces and soaked in a mixture of milk and beaten egg. The soaked pieces of bread are fried in oil, covered in honey, and served. The dish was called Pan Dulcis.

Traces of the same recipe were also found in the 15th century in Henry V’s court. Back then it was called “lost bread”. Just like today, it was a big hit back then. The term “French toast” appeared in England in the 17th century at the same time as French fries, which coincides with one of the theories stating that the name “French” does not refer to the country of origin. Instead, “French” references an Old Irish term which means “to slice”.

There is also a legend stating that French toast was invented by a man from Albany, New York named Joseph French. It is said that he created this dish in 1724 and, because he had poor grammar, advertised the dish as “French Toast” instead of “French’s Toast”. However, historians find this unlikely since evidence of the recipe dating back before that time exists.

In Germany, there is a similar recipe dating back to the 14th century called Arme Ritter, which means “poor knights”. Around that time, Taillevent presented a recipe for Tostées Dorées, or “golden toasts”. Taillevent was a cook in the French court kitchens and also the author of the most popular French cook book (Le Viandier) from the Middle Ages. While Taillevent’s recipe involves coating hard bread in egg before frying it in a pan, it doesn’t include milk.

So there you have it. French toast isn’t actually French. We have our very own delicious version of this dish at our Tower Deli. So visit our restaurant and try our dish today. If you want, we also offer catering in Fort Lauderdale.