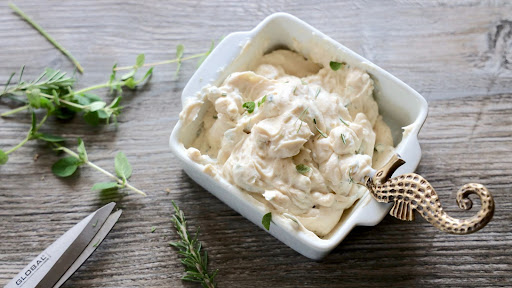 Cream cheese is a consistently soft cheese with a mild taste. It is usually made with cream or a mixture of milk and cream, giving it a rich taste. It is often used as a sandwich spread in households and restaurants in Fort Lauderdale. Sometimes, flavoring is added through seasonings such as chopped dill, pureed garlic, fruits, or chopped olives.

Since cream cheese is quite popular, it is most likely that you have a tub of it in your fridge. Cream cheese came into popularity in the late 1800s and was usually produced in Philadelphia. Now, you can easily find them globally.

What is Cream Cheese?

Despite being not as savory as Gouda, Swiss, or Colby, cream cheese is still cheese. It’s a fresh cheese that contains at least 33% of fat and a moisture content of 55% or less. With its soft, smooth, and mild taste and texture, it can be compared with mascarpone cheese. Tower Deli’s catering in Fort Lauderdale serves various kinds of cream cheese, so make sure to give us a visit.

How Is It Made?

Fresh cream is usually used to make cream cheese, but it can also be made with cream and milk. The process consists of heat treating the cream by pasteurization to kill potentially harmful microorganisms, then lactic acid bacteria is added making the cheese slightly acidic. The cream’s fat droplets are then broken into smaller, identical drops to create a smooth product.

To thicken the cheese, additives like carrageenan and carob bean gum are added. And finally, a clotting enzyme is added to improve the firmness of the cream cheese.

What are the Benefits?

Aside from being a popular spread for biscuits and bread, it also has some nutrition in it that everyone could benefit from. Things that you could gain from cream cheese are:

A significant amount of vitamin A can be found in cream cheese. With 28 grams of cream cheese, it already contains 87 mg of vitamin A. This vitamin is fat-soluble and your vision could benefit from it. Aside from vision, it also helps your immune system and protects your tissues’ integrity in the lungs, intestines, and skin.

Small amounts of carotenoid antioxidants, including zeaxanthin and lutein, can be found in cream cheese. These are important for your eye health. It also contains several antioxidants that help defend your body from free radicals, which are unstable molecules. The high amount of free radicals can cause cellular damage in your body.

Some strains of bacteria in lactic acid bacteria contain probiotics, which are friendly bacteria that are good for our health. But since heating kills probiotics, we suggest that you look for cream cheese with live and active cultures indicated on it.

Since cream cheese only contains 2 grams or less of lactose per ounce, some people won’t have trouble digesting the sugar.